A year earlier, the system of Russian company Cognitive Pilot underwent a set of running tests on rolling stock. Smart locomotives with a driver assisting system ran for more than 300 hours on a test run with the company’s specialists and over 5,000 hours of supervised operation without their presence.

The Cognitive Pilot system is now approved for deployment in the Eurasian Economic Union. This allows the company to start sales and deliveries of the Cognitive Rail Pilot system to Armenia, Belarus, Kazakhstan and Kyrgyzstan. The railway rolling stock includes: locomotives, motorized cars and trains, special railway rolling stock and freight cars.

Cognitive Pilot has also signed several contracts with European partners, says a representative of the company.  As part of these works, the system also undergoes various tests in different modes and conditions, as requirements and some parameters differ in other countries. They expect that this will be solved in the next 2 years.

“The locomotive driver profession is one of the most difficult and dangerous – you have to work to the limit. Robots can take away the driver’s routine workload and provide assistance in emergency situations”, says Olga Uskova, CEO of Cognitive Pilot.

When the system goes into mass production, the company is confident that the level of safety in railway maneuvering operations will rise to a whole new level, expecting a 70 percent reduction of incidents.Cognitive Rail Pilot is an AI-based system that allows the locomotive to see and understand the situation along the way with high accuracy, to warn the driver of the danger, and in case of lack of response, to automatically perform a safe stop. 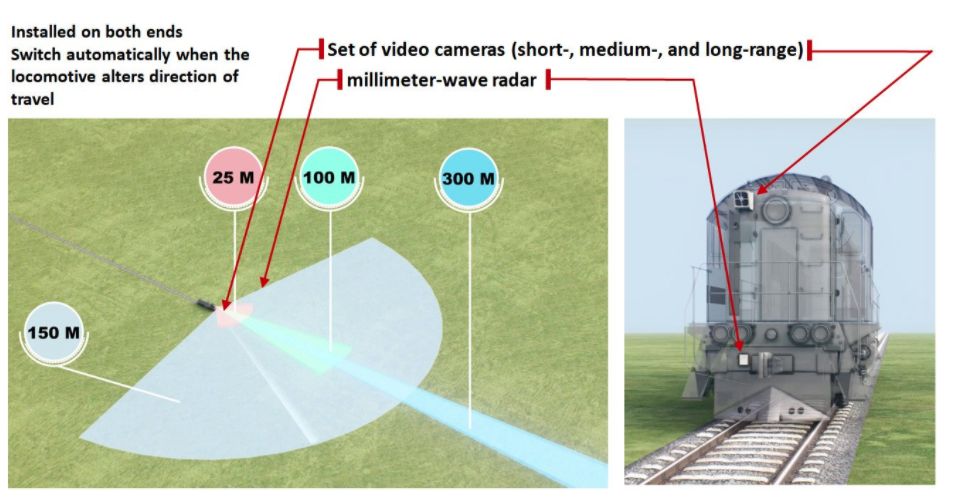 The system comprises three hardware components: A multi-zone video camera that tracks the locomotive’s route and helps the system navigate, a specialised high-resolution millimetre-wave radar to locate any obstacles, and an industrial-grade computing unit to support the system’s functions.

The Cognitive Rail Pilot system was subjected to tests and expertise in the specialised laboratories and test centers accredited by the Russian Railways. Among them, the Cognitive Rail Pilot software source code was examined, and the hardware was tested on dozens of parameters: electromagnetic compatibility, noise resistance, vibration resistance, compliance with climatic norms and resistance to moisture. These detailed tests took longer than originally planned, because of Covid restrictions.

It is important that Cognitive Rail Pilot managed to achieve a high level of accuracy of detection of dangerous objects and situations. It also has to endure all weather conditions (rain, snowfall, fog or night) where the Russian Railways rolling stock operates, in the temperature range from -40 to +50 degrees celcius. Cognitive Pilot Joins NVIDIA Inception
Cognitive Pilot, an autonomous driving technology joint venture of Sberbank and Cognitive Technologies group, has joined NVIDIA Inception, with the support of which it will promote and expand its AI-based solutions on international markets. NVIDIA Inception is a program designed to nurture companies revolutionizing industries with advancements in AI and data sciences.
# Cognitive Rail Pilot Hot News Autonomous hydrogen train will run on Russian island
By 2030, Russian parties plan to develop hydrogen-powered trains in the Sakhalin region, a Russian island in the far east. They will be equipped with the Cognitive Rail Pilot system, an AI-based autonomous locomotive driver assistance system.